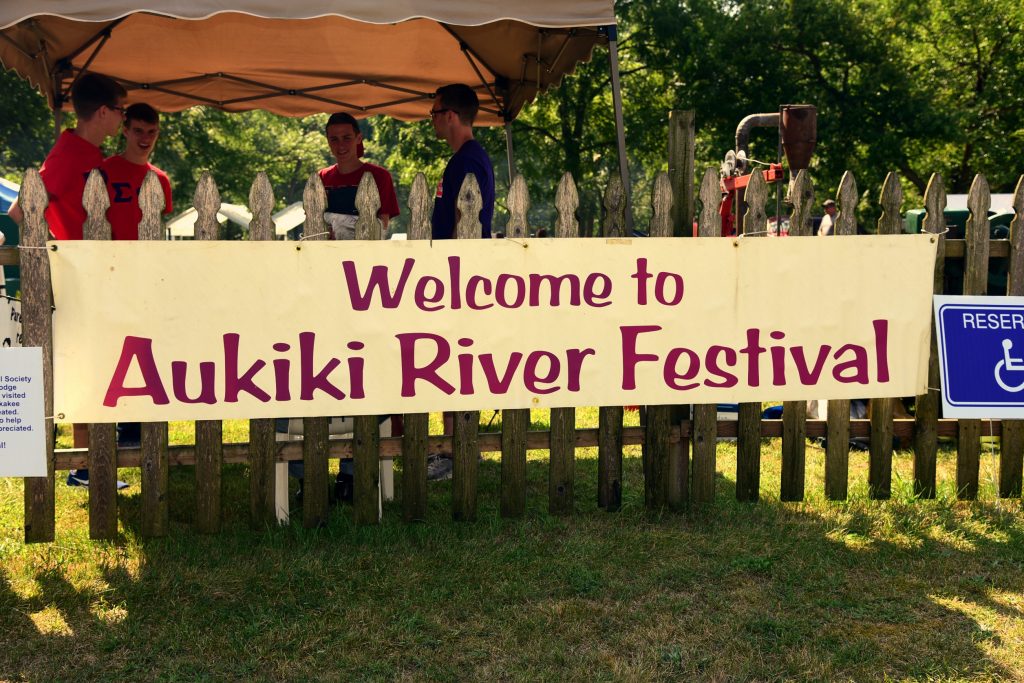 “All of our volunteers who participate in our reenactments know that we want everything to be time period accurate, so wristwatches do not fit the fashions,” Hodson said.
“Pocket watches were the means for time during these days.” 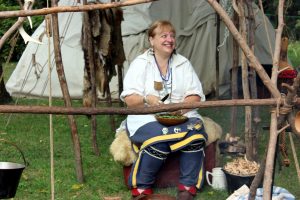 Musical entertainment from the period, crafts and period appropriate food are featured each year. Buffalo burgers, corn fritters, pumpkin scones and sassafras tea are some of the most popular menu items sold.

“You won’t see any plastic junk. One of the most popular demonstrations is the blacksmith, Seth 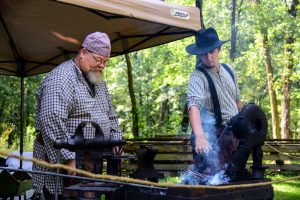 Nichols, who is from Lowell, and he has the beard and look that you would expect a blacksmith to have.”

Hodson said the weekend is filled with fun and amusement, but also serves a key purpose to educate about the Kankakee River’s vital impact on the early economy and socialization for Indiana’s early days.

He said the encampment guests who will visit during the weekend represent fur trappers, French-Colonial settlers and even Civil War nods.

Hodson purchased the lodge property in 2000 after discovering it in a state of disrepair.
A decade later, he decided a festival event would help draw visitors to recall the former “glory days” of the Kankakee River as a famed destination.

Each year, new events are added such as free archery lessons for children and a historical fashion show. 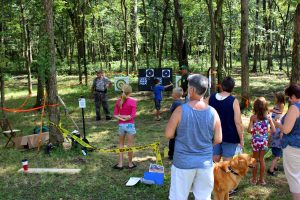