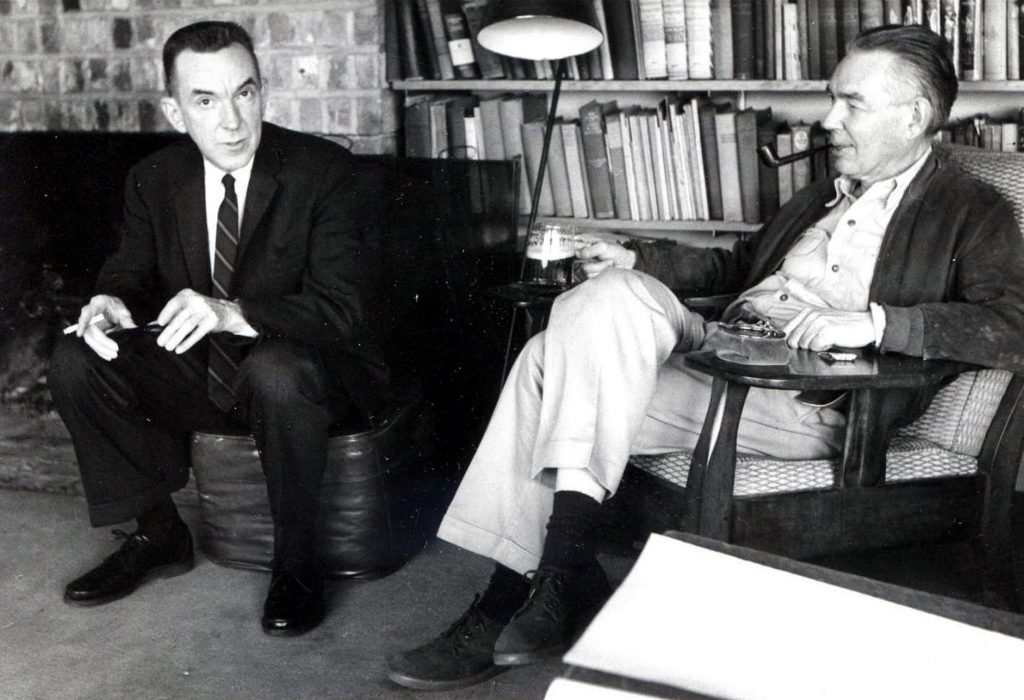 My last River Bits column was about Frank Ling’s 1935 “The Kankakee in the Old Days.” This column is about William Bridges’s “They Say the Kankakee is Coming Back.” Both articles were in the same New York Zoological Bulletin issue. 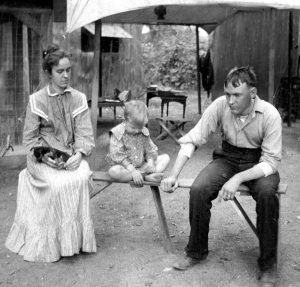 William Bridges with parents about 1904

William “Bill” Bridges was born on January 27, 1901 to Harry and Mamie Vaught Bridges in Franklin, Indiana. In 1914 Bill began working in the print shop at the The Franklin Star newspaper. After graduating from Franklin College in 1923 he moved to Paris, France working for the Chicago Tribune as a rewrite man. While in Paris he married Lynn Vandivier whom he had met while attending Franklin. Later he worked for the Paris Times, returning to the U. S. in 1928. Bridges was hired in 1934 as Curator of Publications for the Bronx Zoo. His worldwide travels for the zoo resulted in many books written about wildlife he had researched.

In the summer of 1934 Bridges returned to his native state to visit the Kankakee. This was the first time he visited this corner of the state, but was fully aware of what transpired with the draining of the marsh. What brought Bridges to the Kankakee was the talk of restoration of the marsh. He had his doubt “But, after tramping and wading and driving through seventy-five miles of the old marsh country I am convinced that the Kankakee can come back and again be the greatest wildlife refuge in North America.” 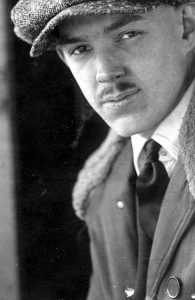 Bridges explained the cause and effect of draining the Kankakee Marsh. In 1873 a ditch was dug to drain Beaver Lake; the largest lake in Indiana at that time. The water was not draining off fast enough, so a 7 mile straight channel was cut at the mouth— draining the 8,000 acres of Beaver Lake. Bridges wrote of the results: “What happened was about what might be expected. More water flooded down from the head of the river and made flood conditions worse in the lowlands.” The cost of draining the Kankakee Marsh has been placed at $1,250,000; but “the real costs were just starting.” Bridges wrote: “When new, the drainage ditches were successful at flood control. But, soon began silting up with the loose sandy soil.” Maintenance costs began piling up and some of the lower “reclaimed” agricultural fields became marginal in production. Bridges wrote: “Today thousands of acres of the old Grand Marsh have been abandoned and I traveled for mile after mile over sandy trails in a wilderness of weeds and scrubby trees, occasionally crossing a choked-up ditch with its pool of stagnant water.” Bridges concluded that a quarter of the “reclaimed” land ripe for restoration.

Bridges made references to a 1934 report by the Department of Conservation that identified areas ideal for restoration. This report differed from past reports in that it took river restoration into consideration instead of agricultural interests. The plan called for restoration of pockets of selected property that were marginal in nature, but ideal for return. Bridges also noted that the “plan naturally does not affect the drainage of the Kankakee valley as a whole and makes certain the adequate protection of the drainage for bordering agricultural lands.”

When I read Bridges paper today it appears that much of the 1934 plan has come to pass. LaSalle Fish and Wildlife Area is a prime example of the plan’s application. William Bridges passed away in 1984 in Pleasantville, New York.