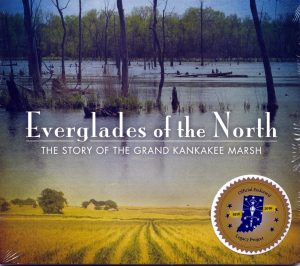 Everglades of the North DVD

What became of the Everglades of the North? Less than a century ago, the Grand Kankakee Marsh saturated nearly a million acres in Northern Indiana and part of Illinois. It was home to some of the highest concentrations of wildlife on the planet. The French claimed it as part of “New France,” and it was later dubbed “Chicago’s Food Pantry” for its seemingly endless supply of fur, fowl and fin. Today, only a fraction of this wetland survives, but all is not lost. This documentary reveals the diverse ecology, illustrates the astonishing history, and explores the controversial saga of the Grand Kankakee Marsh by examining how people have used and perceived this wetland for more than 10,000 years.