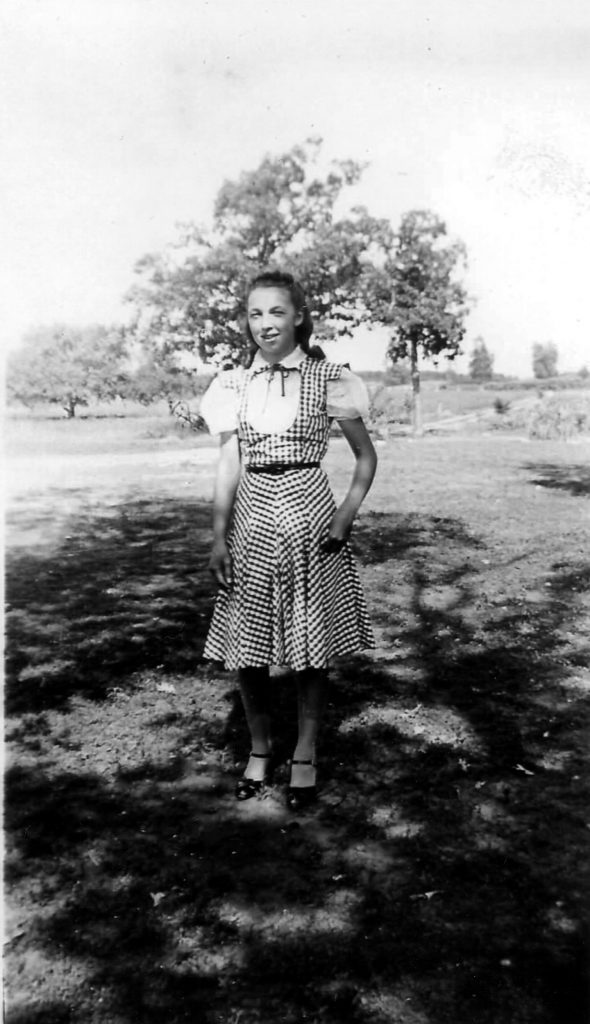 THE SETTLING OF THE GRAND MARSH OF THE KANKAKEE
RIVER
August 19, 1994

My parents lived on the forty-acre farm on the 1350 N Road about one half mile east from US 231. The part that I recall of my mother telling me was that the house on the hill that Paul Black had built was originally a settler that would let immigrants that came to this part of the country live until they had a place of their own. 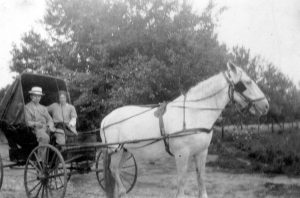 The nickname for this place was known as little Ellis Island (1/2 mile east 1350 N, north side of road) because of the facts of the immigrants coming and staying until they moved on to their own places.

I know for a fact that although there wasn’t anything there when I was growing up, there had been something there. In the corner of our pasture which bordered the hill were three apple trees and I recall an old water pump. It remained there until one of Papa’s cows fell through the rotten boards and he pulled the pump and filled in the hole.

On the very top of the hill there was an area maybe three by four foot that nothing would grow on. It wasn’t a blow hole. But at the same time it was just a piece of barren sand. I thought it could possibly be that this is where the people had an open fire and cooked their venison and the fat drained down. This did something to the soil so that nothing would grow there. Because other than that, in this one little spot, the normal grasses were growing.

That piece of property at the time I was growing up was known to us as the Land Company Woods. I suppose if you go back in your title search you would know just who owned it at that time. 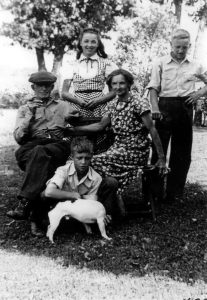 The forty-acre farm that my father owned, he had bought from his brother John Ruisard. And so, when the division came or how much ground these people had I don’t know. Because here was a hill where it looked like a campfire had been on the top. Then down at the bottom of the hill was a water pump and the trees.

The apple trees were located near the road, I’d say probably about twenty feet inside the property line. They were lined up along with the road. The pump was probably six foot or so inside our property line and back off the road probably fifty or sixty feet. 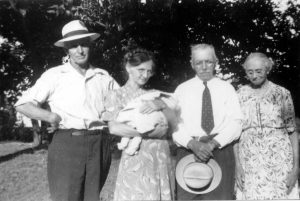 This is the property where my parents first lived as a married couple. They were married April 10, 1916 by Rev. Peter Swart. My mother was Martha Hulda Helena Volkmann from Naperville, Illinois. My father’s name was Joseph Ruisard. My father had lived in Naperville before then. In fact he had moved to a farm on the southwest corner of 700 and the railroad track. He lived there for a few years and then as young men do, he went wandering elsewhere and met my mother in Naperville and then they were married here in DeMotte. They continued to live on this farm northeast of town.

In mentioning the name Ruisard, pronunciation is really immaterial. It was a French derivative name. Seems like during the war the Hollanders had with the French there were a few men that stayed and married Dutch girls and so the name continued. When the grandparents arrived in America the name was spelled Ruissaard. The only thing, the s’s were a short s and a long s. In the English language there was no letter that was similar to the long s in the Dutch. So the family dropped the long s. Now my uncles continued to use the aa, but my father didn’t. He dropped an a also so it was Ruisard. 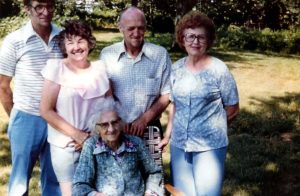 This concludes the interview with Ester Richards.