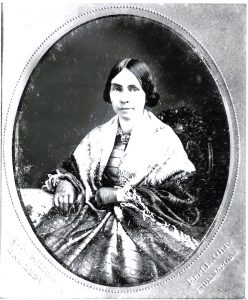 Through all of their adult lives Lew and Susan Wallace wrote. Actually, Susan was published years before Lew. Her poem “Patter of Little Feet” was in print by 1858. Lew starting working on “The Fair God” in 1843, but it was not published until 1873. The Fair God is historical fiction. It tells the story of the ancient Aztec Empire through the eyes of the Spanish Viceroy. It brings up the subjects of morality and religion—without judgment. Interesting work!

Wallace’s next major publication was “Ben-Hur: A Tale of Christ”. This novel gave Wallace the financial security he needed. Although the book had a slow start, by 1885 the book was selling an estimated 50,000 copies per year and royalties to Wallace were averaging $11,000 per annum. Ben-Hur was named best-selling American novel in 1900. By 1912 one million copies were sold. Ben-Hur was one reason Harrison named Wallace the Minister to the Ottoman Empire

Wallace’s next major novel was “The Prince of India”. The book started with: “Begun September, 1886, on the Kankakee. Finished, 1892, in the tent under the beeches.” The first 6 months sales were an astounding 274,417 copies—that was not to last. Wallace thought it was his best novel—the public did not agree. The first third of the book was slow moving and at 1000 pages it was a struggle to get through. Also, many readers were not happy that the hero is a Muslim. One critic wrote that he should have stopped at Ben-Hur—another that he should stop writing all together. It was made into a stage play—though short lived. Interestingly, the novel has nothing to do with India but takes place in the Mid-East.

Susan Wallace was a remarkable person and deserves more recognition. Lew and Susan collaborated on their works. Lew acknowledged that he would not have gotten where he was without Susan. In his autobiography Lew wrote: “In my work she has helped me to the word, and been my one honest critic. What of success has come to me, all that I am, in fact, is owing to her.” I know how that is. If it weren’t for my wife, Mary, working her magic to clean up my punctuation, grammar and making suggestions this column would never have gotten off the ground.

Susan was Lew’s trusted companion throughout his life. She accompanied him to his various postings, writing essays of her thoughts and observations. Many of these essays were later bound as books. Her 1888 “The Land of the Pueblos” was about New Mexico. Susan did not like New Mexico, but threw herself into her duties. She is accredited for saving long forgotten Spanish documents stored in the Governor’s Palace. After Susan found them she arranged for an archivist to be brought in to organize and preserve hundreds of years of official papers.

After Lew died in 1905 Susan wrote: “The life of my life is gone. I am now 76 years old and my heart is a tired hour glass. The past is ever present with me, and though I look through all the faces in the world, I shall never see another like that of my first, last and only love.” 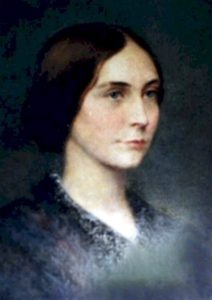