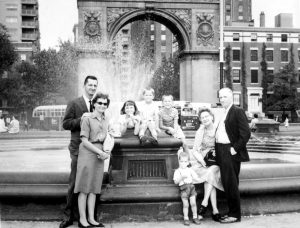 Fifteen years ago, while doing research in the genealogy department at the Porter County Library in Valparaiso, the late Larry Clark approached me with a small blue pamphlet titled “The Kankakee Marsh of Northern Indiana and Illinois” by Alfred H Meyer. The pamphlet was published in the 1935 issue of the Michigan Academy of Science, Arts and Letters. Larry was the genealogy department head in addition to being the Porter County Historian, selected by the Indiana Historical Society. He was aware that my wife, Mary, and I had formed the Kankakee Valley Historical Society and were researching the history of the Kankakee River. Clark told me the library was consolidating their collections; and had an extra copy of Meyer’s pamphlet they were donating to KVHS. Over the years I have reread Meyer’s paper many times and still pick up some new nuggets of information each time. I consider Meyer’s essay to be the best comprehensive scholarly short paper about the Kankakee River— prior to 1935 to present— with proposals for future restoration projects within the Kankakee Valley.

Alfred Hermon Meyer was born on February 27, 1893 to William and Maria Weihe Meyer in Venedy, IL. Alfred was the youngest of eight children born to the couple, and the only one to become a college graduate. He received his bachelors and masters degrees from the University of Illinois and his PhD from the University of Michigan. Meyer was a veteran of WW I, five years after his return from the service he married Lillian Folkers. They had one son—Alfred W Meyer.

Although, Valparaiso University is one of the older higher educational institutions in Indiana it was rejuvenated when the Lutheran University Association assumed responsibility for its support in 1925. The following year Meyer was appointed as an Instructor in the Geology and Zoology department at VU— becoming the department head in 1933. In 1937 Meyer reorganized it as the Department of Geography and Geology. In 1942 he was promoted to full Professor at VU. In addition to teaching at VU Meyer also taught summer courses at 13 other universities.

Over the years Meyer authored or co-authored s 44 papers, reports and manuals. In 1963 Meyer and his department head successor, John H. Strietelmeier, wrote the textbook “Geography in World Society: A conceptual approach” which can still be found at Amazon.

In addition to his scholarly endeavors, Meyer was also involved with his community. From 1948-1951, while presiding over the Valparaiso Plan Commission, he was instrumental in developing the city’s first master plan.

Of course, Meyer had a family life. I have been fortunate to have received remembrances from some of his grandchildren. Meyer’s son, Alfred W Meyer, often told that the family didn’t take vacations: “we went on field trips.” Meyer’s grandson Karl Meyer wrote me: “He was a bit of an odd duck as I remember him. Very task oriented and unassuming. I remember his organized little workshop in the basement. (He) Had a nice house built in the country that was fun to go to. (Grandpa was) a caring man who took us to Yellowstone and got (us) going out in Nature thing.”

In my next columns I will dig into Meyer’s paper: “The Kankakee Marsh of Northern Indiana and Illinois”