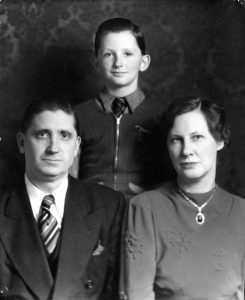 I consider Professor Alfred H. Meyer the most learned and influential Kankakee Marsh Restoration advocate. Meyer makes his personal views clear when he states that he is a “partial-marsh restoration enthusiast.” Meyer submitted a five article series to the Vidette-Messenger between April 23rd and May 5th of 1934. He also wrote a thesis titled “The Kankakee Marsh of Northern Indiana and Illinois” which can be found at the KVHS website.

Meyer began teaching at Valparaiso University in 1926 and went on to have a lengthy career in education and research work, but I will focus on his Kankakee River study and thoughts in this column. Meyer takes a scholarly approach to the marsh restoration question. Many future projects take their inspiration from his studies. In his first article he lays out the question surrounding restoration: advantages, disadvantages, feasibility and in summery asks: “Will the results justify the effort and expenditure involved in carrying out the projected program?”

His second and third articles talk about the early history of the Kankakee and attempts to bring it into post-channelization relevance. When I read his work I feel that I’m alongside a Pottawatomie Indian, building an early pioneer cabin or setting a fur trapper’s trap. There is no doubt that Meyer felt the beauty and awe of the Kankakee Marsh before it was drained. I can also sense his feelings of loss when this “Everglades of the North” was destroyed.

The fourth and fifth articles in the series speak of the Sportsman’s Paradise and pre-drainage agriculture. Reading these later articles makes one aware of a whole different economy in the Kankakee Valley before channelization. The sportsmen brought additional opportunities for the trapper who acted as guides for the “rich and famous.” Later businesses, like the Collier Lodge, were built to house and feed those sportsmen who did not belong to the hunt clubs that dotted the marsh. Agriculture is far different today compared to before the river was straightened. One example is the large marsh hay trade that existed. Farms were mainly located “almost exclusively to the upland light sandier tracts,” wrote Meyer. Additionally, there were a greater number of livestock ranches in the marsh before it was drained. Timbering was another large industry of the Kankakee, especially for rebuilding after the Great Chicago Fire.

Soon after the Meyer Kankakee series was published he wrote a sequel addressing Kankakee River restoration. Meyer’s shows his objectivity with the following assertion: “Statements have been made from time to time to the effect that the Kankakee is agriculturally unproductive, or again that the Kankakee represents one of the finest agricultural regions in the United States. Both statements have an element of truth in them.” Meyer acknowledges that there are many very productive farms in the reclaimed Kankakee. Other areas along the reclaimed Kankakee would most likely be better suited for recreation after restoration.

If Meyer were still alive today I believe he would be pleased with restoration efforts along the Kankakee to date—we need to keep building his vision!