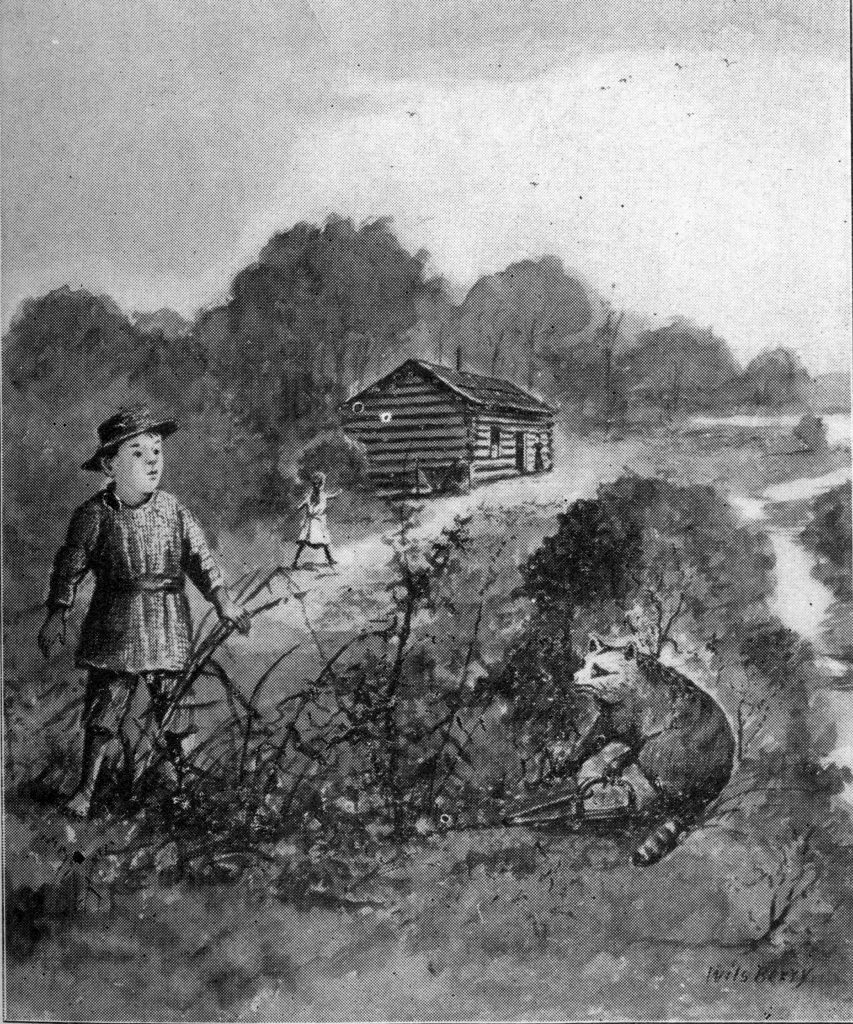 “Oh, the hunting days of my youth, have forever gone from me.” 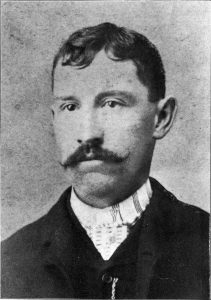 I was born in a log cabin on my grandfather’s farm near Valparaiso, Indiana in 1860, and within two miles and a half of the historical stream of which I am going to tell you. It was whilst watching the vanishing of a great hunting ground by the reclaiming of the Kankakee swamp lands, or rather making a new Kankakee River, that involves the plot which forms the gist of my story.

I have seen the sad face of the old Pottowattomie Indian who was driven from his hunting grounds on the Kankakee, and now we see a shadow of gloom, of sadness, on the faces of the few remaining old pioneer hunters who have spent their early years in hunting wild game and trapping the fur-bearing animals of the Kankakee region.

It is not my purpose to write the whole history of this Kankakee region or to give reminiscences of all the pioneer hunters that have hunted and fished on the Kankakee, in the years past, as it would take a long time to write it, and it would make volumes.

Many hunters have come here from far off cities, Nev/ York, Philadelphia, Washington, Boston, Pittsburg, and many near-by cities. I have met and hunted with sportsmen from Europe, and the hunters usually get what they are look for—plenty of game—as it was the best hunting ground for all kinds of game birds in the United States. This fact I know, as I have hunted as far north as I could and yet be in the United States, and as far south as the Gulf of Mexico, and west as far as the Rockies, and I have never yet found a place that equaled the Kankakee swamps, for the variety of game to be found there.

To make a long story short, in those days it was the hunters’ and trappers’ paradise, and no wonder he now feels sad at heart when he looks over this once great hunting-ground now the home of the farmer.

He can realize how the Redman felt when he had to give up this region to the white hunters. When about eight years of age we moved to the marsh and lived in a log cabin on Bissel Ridge. In the summer season my father ditched and made hay. The grass was cut with a scythe.

After being cured it was hauled out of the marsh on a brush to some knoll or ridge and there stacked. In the fall father trapped the fur-bearing animals and shot game for meat, while tending his traps. He would dress the skins at night. I helped getting the bow-stretchers ready and in stringing the dry hides.

And when snuffing the candle, no lamps or electric lights were used in those days, I would sometimes get sleepy and snuff the wick a little too low and put the light out. A few yards in front of our cabin ran a small creek that spread out over a low marsh, or rather a slough, as they are sometimes called, just below our house. This formed a great musk-rat pond and was also a great place for wild ducks to nest and rear their young.

About a mile above our cabin was another musk-rat pond, and this little creek was its’ outlet, making it a run-way for the rats from one pond to another. Father gave me two or three old steel traps which had weak springs and which I could set without breaking my fingers, should they happen to get caught between the jaws.

I set the traps along the creek where the rats would stop to feed on roots and such vegetation as musk-rats usually feed upon. I caught fifteen rats that fall. One morning I went to my traps and found a raccoon in one of them. My youngest sister usually went with me to the traps and she was with me this morning. To say we were frightened would be putting it in a very mild form. We had nothing to kill the raccoon with, and would probably not have done so had we something with which to do it. My sister having more courage than I, stayed and watched the coon whilst I ran back home for mother, father was away tending to his traps—to come and help kill the coon. With two big clubs my mother and I soon had Mr. Coon’s earthly career ended.

It has been more than a half century ago since this happened. I have hunted and trapped some big game since that time, but never became quite so excited as on the morning when I caught the first raccoon. The scene that morning will be forever photographed on the tablets of my memory.

It was at this place I lived when I began my early hunting, commencing to realize the pleasure it afforded me. But of course, I had no idea of the hardships which existed in it.

We resided here about two years and a half. In the meantime my father bought the Bissel stock, consisting of two-fifths of the stock in the Indian Island Sawmill Company. My grandfather owned five one-hundred-dollar shares of stock in the sawmill company. This he gave to my mother.

Our next move was to the Indian Island where I spent the next ten years of my boyhood days. I will tell you more in another chapter.