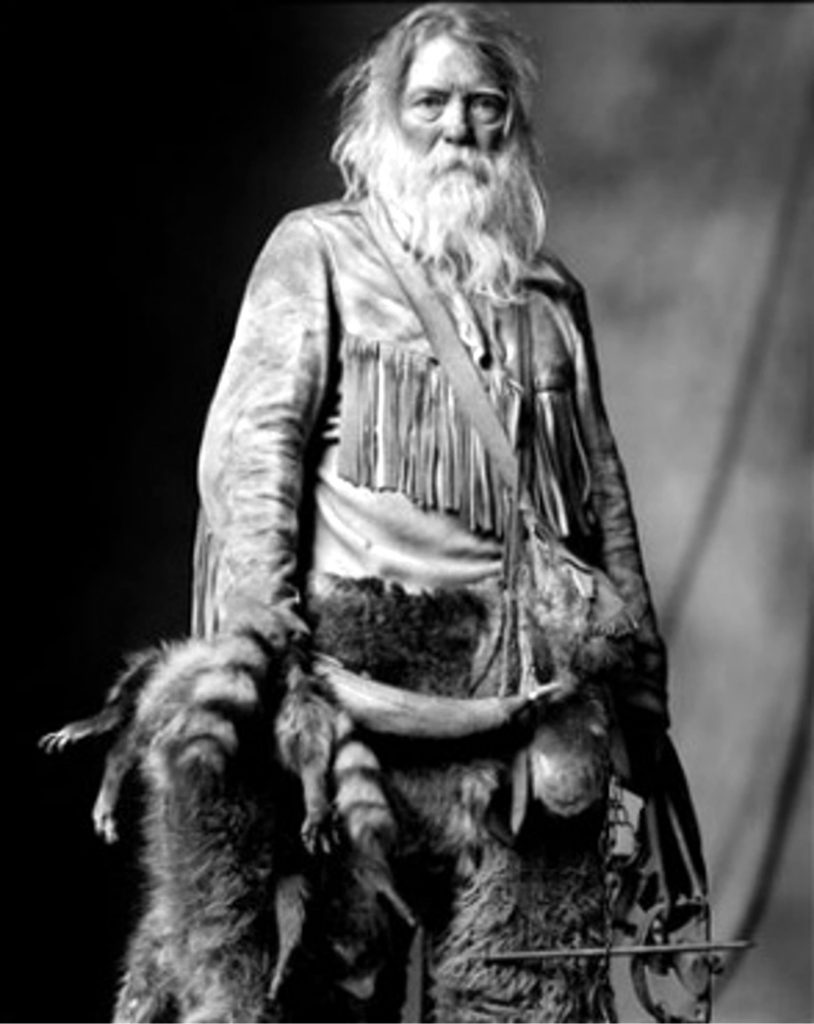 The first white man to settle on French Island was a French fur trader by the name of LaBonta. He settled here for the purpose of trading and trafficking with the early hunters and trappers who had settled along the Kankakee at that time. As I have said before the War Department granted a few of the Pottawatomie’s, those who had been friendly to the whites, permission to stay in the Kankakee Region. 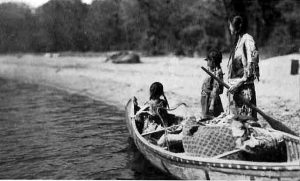 There were two or three French families on the island who had settled there years before and for this reason it derived its name “French Island.” There were four or five Indians living on the island at this time and among them lived an old Indian and his aged squaw by the name of Sheubane. He was at the Ft. Dearborn massacre and saved a great many of the whites. He was over eighty years of age when found on this island by the white hunters in the winter of I858 and of whom I obtained this narrative.

Sheubana lived with his squaw and two little grandchildren in a wigwam on French Island where LaBonta found old Killbuck dead in the winter of I857. “One day” said the hunter “whilst a couple of us were out hunting we passed the wigwam of Sheubana and found his poor old squaw and the children in great distress. They informed us that Sheubana had started down the river to hunt and been gone for three days and they knew that something had happened him or he would have been back. As they were out of meat and nearly starved, we fed them the best we could and called out all our force and started to hunt for him. We had not gone far when one of the party heard a noise and going to the spot found the poor old Indian fast, with one leg in one of those traps that were used in those days. In looking for game in the woods and brush he ran against the trap and sprung it and got caught and being old and feeble, could not extract himself. And there the poor old soul had lain for three days and nights in the cold and rain without shelter or anything to eat, and the storm and the winds had beaten on his aged head.

We shed many bitter tears over him. We extracted him as soon as possible and placed him on a litter made of sticks and barks and carried him as carefully and tenderly as a child to his wigwam. One of the party on returning had killed a deer which they carried along with them and they placed Sheubana and the deer at the door of the wigwam like Longfellow’s Hiawatha had placed his deer at the feet of Minnehaha, the Laughing Waters.

It would have done your soul good (if you had one) to have seen those Indians rejoice at the return of Sheubana. And it was then I could understand that beautiful saying in the Bible: There is greater rejoicing over one that is lost and found, and there is more joy in Heaven over one sinner that repents and is saved than the ninety and nine who went not astray.’ Suffice to say, they took as good care of Sheubana as they could and visited him every day. We had some liniments and salves, sticking plasters as hunters always go prepared for accidents and we applied them freely and he mended quickly. But we had to leave and before leaving we left them everything we good spare and plenty of game. I afterwards heard that he got well, lived and died on the headwaters of the Kankakee. May his soul rest in peace.

Many years ago this island was the hiding place of a bunch of counterfeiters and which part of the gang were captured at Bogus Island some years ago. In the Fall of I859 Uncle Marl Seymour was trapping the French Island ground, in the bayou between the river and the landing. He was setting a trap at an old rat house in the bayou when he made a discovery. In sticking a talley stake in the old rat house it struck something hard and sounded hollow, like striking a stick against an old box. He removed the top off the rat house and found a small iron box covered with rust, sand and moss, from which rats used to build their houses.

Prom the appearance of the box it had been hidden away in the bayou for many years and the rats had built quite a large house over it. In opening the box it was found to contain an outfit of counterfeiting tools, dyes, plates, leads and things that are used in the making of bogus money. Possibly this outfit belonged to part of the gang that was captured on Bogus Island in the early sixties.

There are many dark, mysterious stories connected with the early history of this island. Many years ago a man by the name of Beeler was hunting in the swamps and his dogs ran a fox into a hole on the island and in digging out the den for the fox he dug up the remains of two white men that had been buried for a number of years by unknown hands where history does not reach. In the Pall of I844 as Rens Brainard was hunting on the river he discovered the body of a man lodged against some driftwood near the French Island Landing. He recognized the body as that of John Drago, a German who lived near the island. Drago had been murdered and two pieces of an old iron pump tied to his body and then cast into the river to be buried in the still waters and peaceful sands, with no marks of his last resting place.

But the old iron pump that was used for a weight was not heavy enough to hold the body down to the sandy grave in which the murderer had placed it. The body arose and lodged against some old driftwood. Mr. Brainard reported the finding of the body of a man in the river at French Island to the Jasper County authorities who came and took up the body and made a postmortem examination and found that he had been murdered. To conceal the crime, the body had been sunken to the body of

the Kankakee River. The friends of the deceased soon went to work to solve the mystery and bring the murderer to justice. Strong suspicion led to the arrest of a Bohemian named Weberon Warteno, who lived near the island. Circumstantial evidence was strong against him. He finally confessed that he committed the crime and was tried in the Circuit Court, found guilty and was sentenced to be hung. On February 26, I886, in the courtyard at Rensselaer. Jasper County, Indiana, he paid the penalty of the crime, thus ending the life career of Weberon Warteno, the murderer of John Drago.

About a mile and a half up the river from French Island and on the opposite side of the river is a big knob, too small to be called an island, that has more history to the square foot than any island on the river. Having an area of about I50 square feet and is in a dense swamp forest about I50 yards back from the river. It was a hard place to find for one who is not very well acquainted with the location. 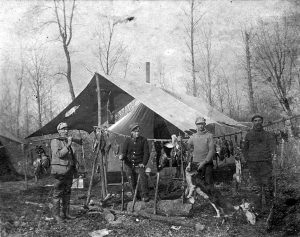 Years ago it was known as Deserters Island from the fact that during the dark days of the rebellion it was a hiding place for deserters and fugitives from justice. Along in the eighteen nineties there was organized at Hebron, Indiana a hunting club known as the Columbian Club from the fact that the Columbian World’s Fair was going on in Chicago that year, so they called their organization the Columbian Hunting Club. There were eight charter members of the old club, all business men of Hebron. J. C. Smith, president, George Qidley, secretary and treasurer, Jerry Sherwood, George Aargison, Chas. Miller, Bart Siglar; L. E. Ripley and Ira V. Fry. They built their clubhouse on the little island that I have just described and called it Camp 6 to 2, from the fact that there were six democrats and two republicans.

Two years later the membership had increased to sixty-two members, then the name was changed to Island Sixty-two from the fact that there were sixty-two members in the club and the big knob or island is known by that name to this day. Of the eight charter members of the old Columbian Hunting Club all have crossed over the divide but three, Siglar, Gidley and Fry,

The island has long since been deserted as the swamp fires swept over the island some twenty years ago and destroyed the clubhouse, yet now and then a camp was made on the island during the duck shooting season, as shown in the cut. The island 6 to 2 is pretty much like Goldsmith’s deserted village, forlorn and desolate, yet there are many happy memories that cluster around this little island camp of hunting days in the years gone by.