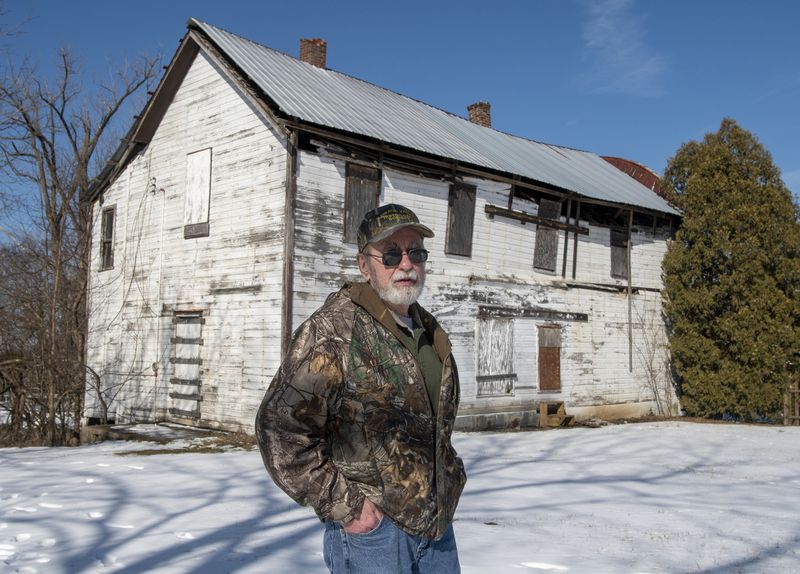 For John Hodson, president and founder of the Kankakee Valley Historical Society, Feb. 15 was what he described as a perfect day.

“I’ve never had such a good day,” Hodson said.

The day represented the culmination of more than two decades of effort to save and restore the historic 1898 Collier Lodge in Kouts. While Hodson and KVHS members recently learned there was no way the historic hunting lodge could be saved, they are embracing the chance to reconstruct a replica of the structure near where it currently sits.

“We plan to build a new Collier Lodge replica 50 yards to the east of the current lodge footprint,” Hodson said.

Since the stabilization Hodson said the group has been working with Indiana Landmarks and Porter County officials to determine if the structure could be built in its original footprint. 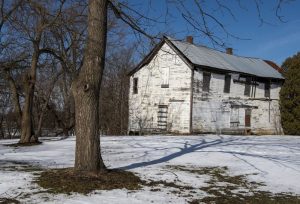 Larson-Danielson Construction of LaPorte was tapped last year to inspect the lodge and provide an estimate on restoration.

“Over the years the lodge has deteriorated to the point where only around 20% is salvageable material and beyond restoration,” Hodson said.

Officials from the Northwest Field office of Indiana Landmarks, agreed with the findings.

The building is completely in a county ditch easement, as well as partially in a county highway easement. It is also located in a flood plain. Porter County officials ultimately declined to issue reconstruction permits for the original site.

“There are many problems with the location of the lodge,” Hodson said.

KVHS had to provide documents from Porter County indicating that permits for new construction on the existing sites would not be issued before Indiana Landmarks would authorize the deconstruction and moving the building.

“After exploring our options, we decided to deconstruct the lodge and build a replica, up to modern standards, of the Collier Lodge just east of the current lodge location,” Hodson said.

Todd Zeiger, director of the Northern District of Indiana Landmarks, said the agency and the KVHS had been having ongoing conversations about a path forward that would allow the restoration of the lodge to happen. The road blocks and condition taken together just presented a situation were it could not be done.

“Certainly, this is the last resort option,” Zeiger said.

Along with requiring as much of the original building be saved as safely possible, Indiana Landmarks has asked the KVHS include some sort of interpretation at the site, such as a plaque where the building used to be.

Hodson said the society has located a nearby site that will not conflict with the county easement issues. Final approval for the deconstruction from Indiana Landmarks came Feb. 14. 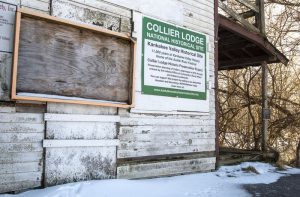 Hodson submitted the application Feb. 15 for the deconstruction to Porter County officials. He met with the two contractors who have been tapped for the deconstruction. Phil Washburn, of Valparaiso, will perform the surgical salvaging of any usable material while WJ Misch Excavation Inc. of Wheatfield will do the main demolition.

“It’s regrettable what’s happened with the lodge. We knew that it was coming,” Hodson said.

About 20% of the existing lodge can be salvaged. The structure is too unsafe for workers to be inside to remove much of the interior. Hodson said they expect to salvage the bricks from the two chimneys and the flooring from the first floor.

“We want to use as much original material on the new replica as possible,” Hodson said.

It will cost an estimated $600,000 to $700,000 to reconstruct a replica lodge, about half the cost of the estimate to restore the existing lodge, he said. KVHS will fundraise and seek grants to pay for the work. The new building will be a replica of the original but will have the added benefit of being ADA compliant so it can welcome all visitors.

Relocating the historic lodge site also opens the opportunity to resume archaeological excavations at the site. The dig is expected to resume in June.

Hodson said he contacted Notre Dame University Professor Mark Schurr, the anthropologist archaeologist who previously conducted digs at the site uncovering the portion of the 1830s Eaton Cabin at the site about returning to continue his work in the lodge. footprint. The lodge was constructed on top of part of the cabin.

He said Schurr plans to return. He is interested in finding the true western edge of the Eaton Cabin. He would also be investigating any possible prehistoric pits under the lodge. Details of the dig are being finalized, with a tentative start in June.