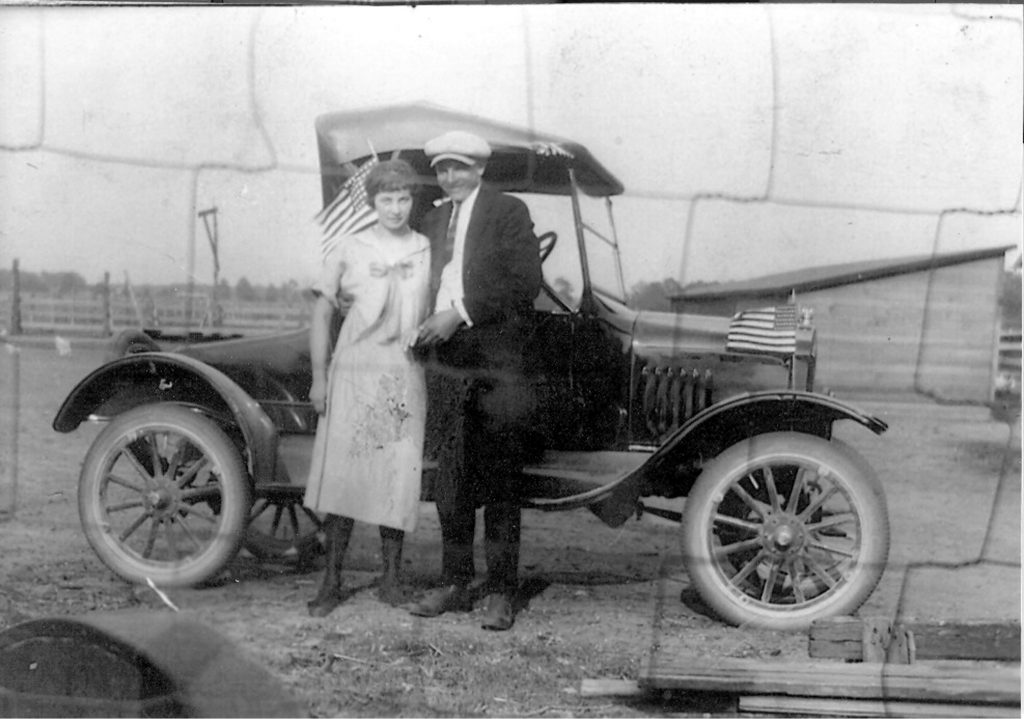 The Settling of the Grand Marsh of the Kankakee River 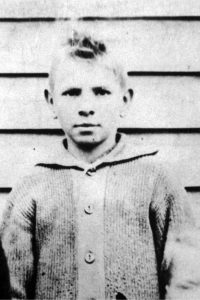 We used axes to chop the roots. It seemed like they grew mostly on top of the ground. The land was damp all the time, it was the driving river that did it. It was loose land, sort of a mucky land, it wasn’t muck, but loose soil. So, we would get ahold of them and pull them out of there.

We would put them on a brush pile and later on somebody would burn them. This was done on the west side of the highway. And later on we worked at a place which at that time was called “Hoover” Land. We cleaned that down in there. It was where Albert Musch used to live. He lived there on that place. Part of this was near 700 and 1450 Where Keselke used to live (11010 W 1300 N). Ralph Myer’s dad used to live on the west marsh where we cleared. I think they used to call that other place back in there the “Headquarters” (12600 N 1100 W). There was a house and barn there.

We wore knee boots to clear the pucker brush. I don’t know why it was called that. It grew only four or five feet tall. 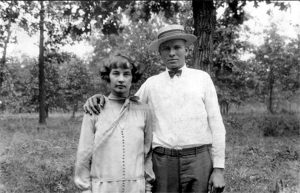 We got married on the 30th of April, so you know it was in the springtime.

The “Headquarters” (12660 N 1100 W) was the place where the fellows tlater on there was a fellow by the name of Enz. I don’t know for surehat took care of the Land Company’s land would be living. He was the big shot over all the land. One I know was named Shook and he’d come out there once in awhile at that Headquarters on the west end, near Sipkema’s.

Another area was where Mrs. Evans lives now (13861 N 700 W). George Marr lived there, and I think he was an overseer there at that time, the way it seemed to me. And then if his name was Charles Enz. Seems like he lived somewhere near where Bill DeYoung’s house was on 1400 N, east of 231, in that area. It may not have been, but it seems that might be where it had been. I don’t know. I think they were the overseers of renting out the land after it was cleared. It wasn’t long after the land was cleared that they started farming it.

They had the supplies come on the Gifford Railroad north of Pete Mak’s farm (14100 N US 231). That train ran through there. The cement and stuff that they needed would come in there and they had a little track built on the side of the road. The forms had to be where the road was. It was on the outside of the forms about a four feet span. And they had I don’t know how many boxes on those cars. They went down the railroad track and got cement and gravel or whatever they would want to haul on there and that machine that they had at the time, had a hopper on it. They had to put that stuff out on other cars and dump it into the hopper. Then go to the hopper and get mixed like they do now with new big truck mixers, run off the rear end, go on the road and the cement would be leveled out. The rods were put in the cement so the ends wouldn’t break.

They had a lift on the mixer to pick up the cars and dump the material into the hopper. Then when empty they would fasten them together and go back and get another supply to the Gifford Railroad. There were probably eight or ten cars. They had a tractor-like outfit, not a steam engine that pulled them. After the cement was poured, leveled and set, we put straw over the top of it so it wouldn’t dry too fast.

The town was a lot different when I was a kid than it is today. Frank M. Hart had an implement store, farm tools and such, along the line of the stores. As you would go south, you’d get up to the wooden sidewalk. Then you’d walk on the wooden sidewalk at Frank’s up to the store. The store was VanBeek. When I was kid a fellow by the name of VanBeek had a grocery store. And later on it became a pool room and a place to buy beer. These were on the west side of the street. They were a little ways apart.

Al Konovsky had a butcher shop. Seemed like going north by Swart’s store, going west where the fire started, when the town burned in 1936, and also a beer parlor was down there too at that time. He married Carrie Marr, the girl that stayed with George Marr (some relation, I guess).

Cheevers had a garage down there too. There was a little house just north of that garage, and that’s where old John Graves, the boss of the pickle factory at that time, lived. Right there, he was a lawyer.
The pickle factory was up near the railroad track, 1 ½ blocks east, on the south side of tracks, C. F. Clausen. The farmers would bring their pickles there and dump them in the vats. The company had cars, tank cars, and they had a plank across from the pickle factory up to the top of the car and they raised the pickles up there by wheelbarrow. They had a hole in the top of the cars, a door, dump the wheelbarrow over and dump them in there. The pickles were already sorted when they were brought in. They had tanks for little ones and tanks for dill pickles, tanks for cukes, very big tanks. They were put in salt water for a certain length of time and then after that they had a seine on the end of a big long pole that reached down in there and put them in barrels.

I worked there for a while and picked pickles too. The pickles first went through a sorter then the guys that worked there put them in a tank and took care of them. It seemed like I made $3.50 a day, I don’t know for sure. I was surprised that I made that much money. Huh! I was making it and dad collected it.

There was a blacksmith shop right near it. He shoed horses and did repair work and pounded them out. All ironwork of any kind. He had a forge and made the irons hot and pounded them all. It was located just west of the library somewhere (901 Birch St. SW). It was run by Mike Merrit.

Then if you went on down by the hill there was a farm house there and a barn, where John Bunning lived (617 9th St. SW). He was the father of all these Bunning boys, a Sukky and John and all the rest of them. I don’t know.

Down a little further, old Mr. Sekema had a little milk route. He had his own cows, delivered milk to the town. He had a little team of mules and a buggy and delivered door to door. They had a creamery near Cheevers Garage. Farmers brought their cream there.

Back in DeMotte by the railroad track there was a depot there. People could get on and off and go different places on the train. They used to have what they called one train in each direction. I say the nine o’cl went. And also at that time I think that the bread delivered to the stores came on the train from South Bend. I think you could buy a five-cent loaf or a twin loaf for ten cents. And also, we got ice cream that came from out of town and was shipped in there. ock train and the ten o’clock train, it seemed like to me in the morning and afternoon.

The farmers at that time brought a lot of milk and had big dairy herds. They had a big platform at the depot and the farmers would bring chickens, milk, butchered veal calves, eggs, all that kind of stuff. That train would stop and load all that stuff up and take it into Chicago, or wherever it 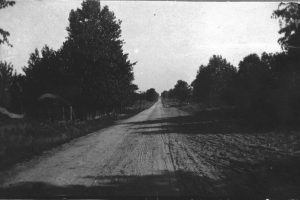 That’s right, there was a restaurant or two around there. Art Lageveen had a dry goods store (804 S. Halleck). I can’t figure out who ran the other one. Whether the Swart’s were in there at that time or not, maybe. That was later on in years.

When the trains came into the depot, that was a busy place. They’d stop and load all that stuff up in the car. They would have a carload of chickens. It was a regular chicken car with slats and they had doors that would open. The man would go along with a carload of chickens and take care of them, as he went along.

They shipped cattle and hogs also. There was a stockyard there in DeMotte and they loaded their cattle and hogs from there and shipped them out. Cliff Hanaway used to do a lot of that stuff, buy the veal calves and hogs and beef cattle. From there they went out on train. Cliff was Bert Hanaways brother. 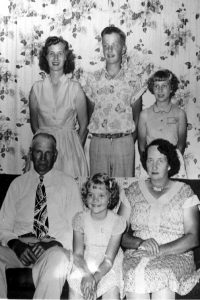 Cornelius and Ann with family

That’s all I can think of right now.

This concludes the interview with Cornelius Evers.