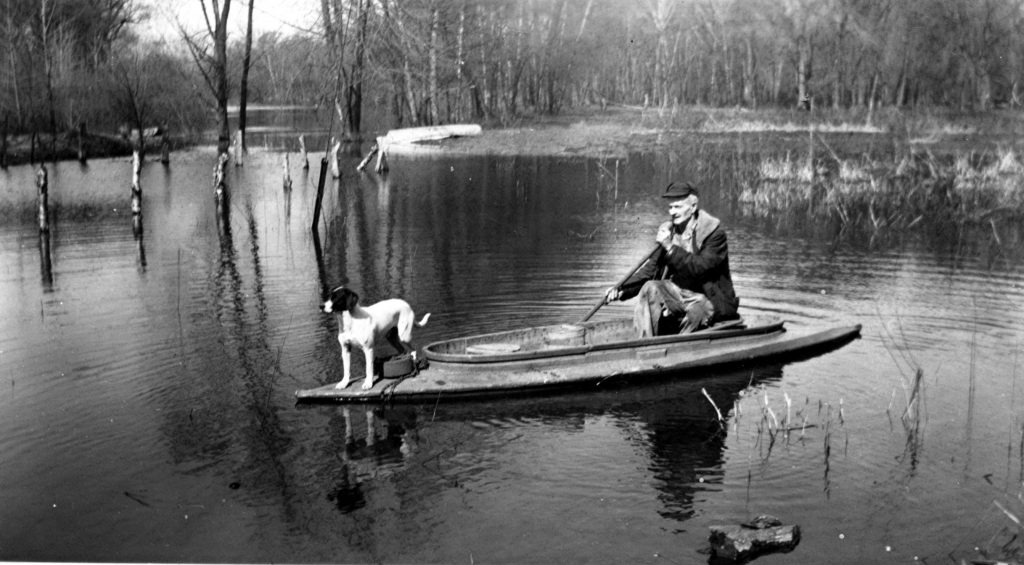 Time was when several counties south of the river had problems straightening out boundary lines to the satisfaction of all those concerned. At an early date jasper claimed most of the present Newton, and that county jumped the stream to include within her domain, the existing Lake county townships of West Creek, Cedar Creek and Eagle Creek. 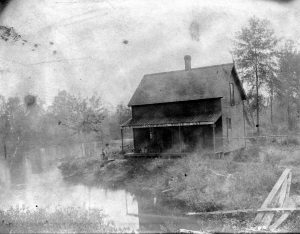 Then, echoing over the sand ridges in 1857 came high words and vituperations. Down from the north the wind carried rumors to Beaver township residents that land owners in the northern part of the county had slipped in a bill and were lobbying it through the State Legislature proposing to set off a new county in the north with the county seat located on the Kankakee.

It was time for action. All citizens living west of range 7 and 8 were summoned to attend a meeting to be held in the village of Morocco. Knowing that this section would be far distant from the proposed county seat by poor roads and questionable transportation, they went to bat for their rights.

Traditional Paul Revere, as he watched for the lantern in Old North Church tower, had nothing on these determined south-county men. With horses saddled and bridled, couriers with one foot in the stirrup waited the word to cover the countryside, circulating a petition to block the bill. As fast as copies of the appeal were made, the horsemen were off to ride the night, collecting the signatures of those voters living in outlying districts.

Jasper county commissioners “weren’t in” when properly signed papers were presented. It looked like a mean fight would result. However, in a few weeks they were approached again and this time were prevailed upon to appoint men to lay out the new boundary satisfactory to the petitioners. The Circuit Court over-ruled the decision and granted an injunction, restraining any movement to alter existing boundary lines. Again the fur flew. An appeal was taken to the Supreme Court by the defeated parties and the decision was reversed. This seemed to settle the argument. On December 8, 1859, the commissioners made final orders on their records defining the boundaries as requested by the south-county men. These stand today.

“We’ll name the new county `Beaver,’ ” was the first motion made at the Morocco meeting.

“No,” said Thomas R. Barker, influential `first Settler’ rising to his feet, “it shall be Newton! Jasper and Newton! Twin counties!” He was feeling very close to the mother county. Since it had been named for a Revolutionary hero, the child should carry the name of another of Marion’s South Carolinians, the soldier’s buddy. The hatchet was buried.

As a pay-off for his activities in organization, Barker was named organizing sheriff. Newton county sighed with relief and set about doing all the things a new county must doelect county officers; name a county seat; lay out a public square on which would be placed the court house; arrange for taxes, together with the surveying and sale of lands. She began systematically, and one might think her troubles were over. But not so.

Originally the county seat had been fixed at Kentland. Now Brook, Morocco and Beaver City contended for the honors. Kentland was too far to the south. A group of enterprising men built a courthouse of their own in the southeast corner of Beaver township, thinking to “draw all men unto her.” Petitions, properly signed, circulated on wings. Six attempts were made to wrest the scepter from Kentland with the wrestlers pausing for breath in 1876.

For nearly a quarter of a century the question rested. Then some officious individual set the pot-a-boiling. Petitions and arguments fed the fires until a decision of the Supreme Court pulled the logs and doused the coals. In a short time a railroad connecting the northern township and a fine new court house eased the pressure. Today ribboned highways, smooth flowing as they intercept great corn fields, gather in the outlying countryside and Kentland still holds the fort. 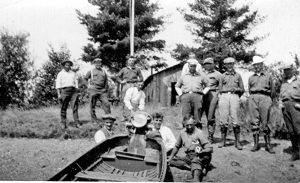 Alexander J. Kent, New York adventurer, whose vessel, the Anna Welsh, brought to American shores on its maiden voyage the first Chinese, became one of the largest land owners in Newton county; John Ade, attorney and historian; his illustrious son, George, whose “Fables in Slang,” his “College Widow” and other plays placed him in Who’s Who; Warren T. McCray, known the world over as the “Hereford Cattle King,” trademarked the county. E. J. Funk and Sons’ hybrid seed corn keeps it in the limelight.

Of course, Newton county is not to be singled out among the counties that border the river in a cat and dog fight over boundary line troubles or difficulties over the location of a county seat.

In 1859 LaPorte and Porter barely missed losing territory to form a new county which was to have been called Linn, with Michigan City slated as its county seat. Too, Michigan City has at various times since, contended for the removal of the court house from LaPorte within her own gates.

Perhaps Valparaiso survived as Porter county’s seat of justice because there wasn’t enough money in the treasury to purchase a suggested site nearer Flint Lake at the time the acreage was offered for sale.

And within our time, the city of Hammond sought to be the big fish and made no mean fight for the removal of Lake county’s tribunal from Crown Point to that northcounty city. It was suggested that the court house at Crown Point be converted into a home for the insane. Which suggestion drew from Bartlett Woods, prominent citizen, the scathing remark that, “when the court house is made into an insane asylum the first patient we will put in there will be the crank from Hammond that suggested the change.”

As early as 1883 Hammond had made its first effort, and in 1914, Sam B. Woods, son of Bartlett, answered East Chicago’s argument for the establishment of the county seat in the north end of the county.

But Crown Point had survived in 1839 George Earl’s squabble to have the county seat located at Liverpool, a settlement laid out at Deep River, and Cedar Lake’s petition. So, it weathered the later storms.