From Kankakee Marsh to river to back again 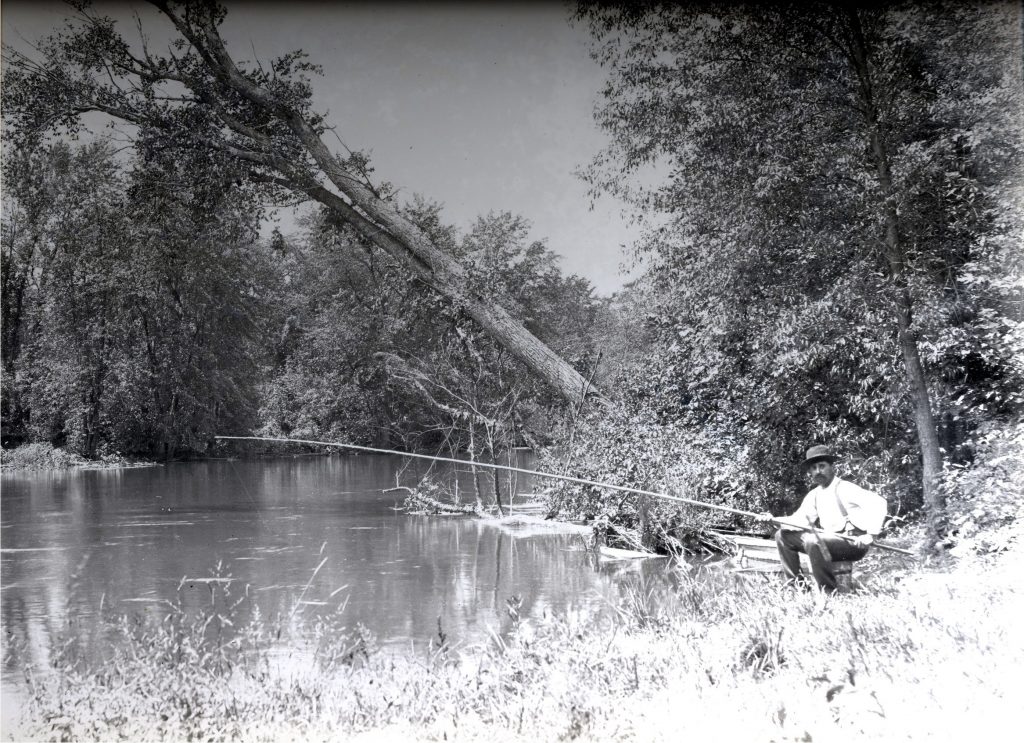 After the Kankakee Marsh was drained and channelized in 1918 it soon became undeniable the ecological disaster man had caused on northwest Indiana. What once was known as the “Everglades of the North” was now a 90 mile long drainage ditch. As time passed fewer people were around who remembered the paradise it once was. Fortunately, for us Frank Ling wrote and submitted “The Kankakee in the Old Days” printed in the New York Zoological Society bulletin in 1935.

Dr. Francis “Frank” Ling was born in Hebron on March 5, 1878. Ling graduated from the Chicago Dental College in 1909 and set up dental practice in Hebron in 1911. On Sept. 17, 1913 Ling married Lulu Mae Benkie. Lulu’s father was John G. Benkie who owned property at Baum’s Bridge; one acre of which was split off where the Collier Lodge is now located.

Ling loved the outdoors, especially fishing, and often stayed at the Benkie Clubhouse at Baum’s Bridge. Frank’s first remembrances of the Kankakee were at the age of six when his father walked him the four miles to the marsh from their home in Hebron to go fishing. Ling wrote: “I sat in the stern of the boat, flat on the bottom, and by using a short paddle tried to keep the boat about a certain distance from the bank as we floated downstream.”

Much of Ling’s paper tells of the bounty of the marsh. I live on the Kankakee near Baum’s Bridge and am still in awe when I read about the days before the draining of the marsh. I’ve seen flocks of Sandhill Cranes; but Ling wrote of seeing a thousand at a time at a spot he called “lower crane town.” Ling told of many occasions seeing 500 wood ducks at a time.

Fur trapping was still a major enterprise of the Kankakee during Ling’s time. He told of Degolia Marsh— a tract of from 1,000 to 1,200 acres— and how in the last two months of 1912 two trappers caught almost 9,000 muskrats. And that was not an exceptional rate. Ling wrote: “It was not uncommon for a pair of hunters to catch from $500 to $1,000 worth of fur during the ice hunting season.”

Honey harvesting was another important commodity of the marsh. Ling told that he knew of one man who found 65 bee trees in one fall. The bee hunters would cut down the tree for the honey; 20 – 35 cuttings would ordinarily produce “two washtubs full” of honey.

Then the dredges came and destroyed the paradise of the Kankakee Marsh. Today there is discussion again of creating a wildlife refuge along the Kankakee. This is a plan that has been in debate since the marsh was drained in 1918. In 1935 Ling wrote: “Some spots of this drained land are still producing fair crops, but the part we wish to restore is practically worthless and could be made a wildlife haven by reclaiming it according to the State Conservation Department’s plan. Not only would it be a wildlife haven, but a source of much revenue. Its location is ideal for recreation, having several million people within a hundred mile radius. I hope to see the circle completed— from marsh to wilderness and back to the original wonderful marsh again.”

It falls to us to enlighten our legislators of the importance to make the Kankakee wildlife refuge a reality.