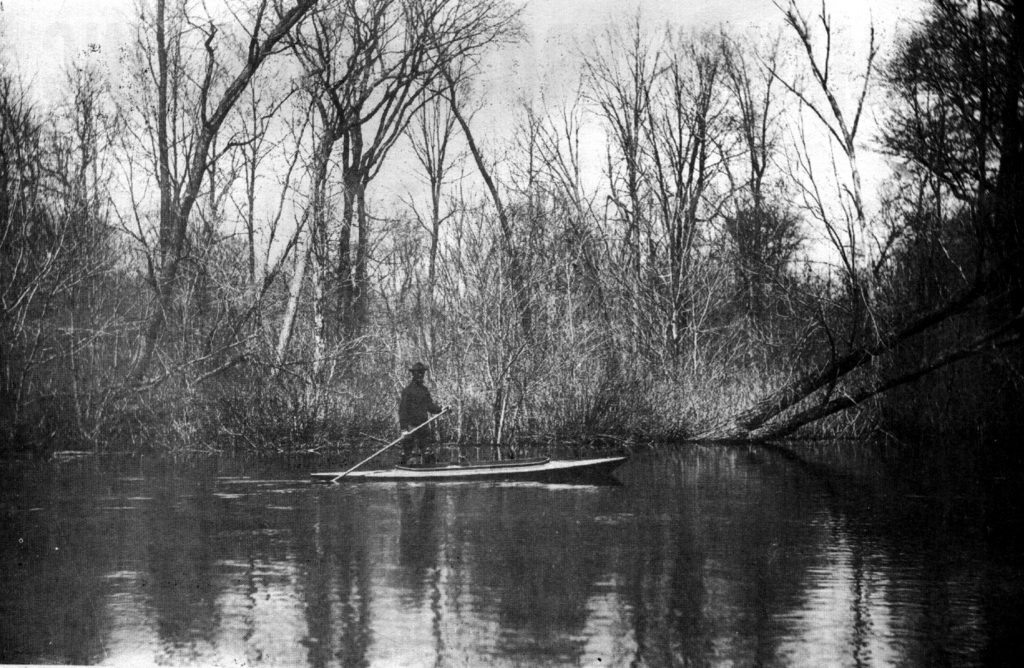 Crawfordsville, Ind., May 8. — Since the formation of a fish commission in Indiana, and the passing of stringent game law by the Indiana legislature, certain parties who have made vast airy schemes of public improvements subject of unreasoning but quite imaginative study, have suddenly discovered that the marshes of the Kankakee must be drained. Gov. Porter has appointed Prof. John L. Campbell of centennial fame, to examine the scheme and report upon its feasibility. In order that Prof. Campbell might accept the commission, Gov. Porter procured from the United States government a suspension, for this summer, of the geodetic survey of the state, which has been in the professor’s charge. I speak of this in connection with the fish and game protection laws, for the reason that the marshes of the Kankakee, and the Kankakee itself afford the finest fishing and hunting in the state, and because any successful draining operation of the sort contemplated will not only eliminate the marshes but also practically dry up the river, in so far as its usefulness as fish stream is concerned.

The late ex-Gov. Henry S. Lane used to spend many weeks each year on the Kankakee with a party of congenial friends, and his brilliant conversational powers were never more attractive than when by the camp-fire be related his many reminiscences of a varied and charming life. He was an expert angler and a great lover of nature,           as a wise politician. His stopping place on the Kankakee was at the clubhouse of Crawfordsville sportsmen, a club of which Gen. Lew Wallace, our present minister to Turkey, is a member. I met Gen. Wallace at his clubhouse while he was yet busily engaged in writing “Ben Hur,” and we sketched together in region. He is an artist of great power, sketching from nature with readiness and strength off at outline, especially the human figure, which have seldom seen surpassed. He is not so ready and entertaining story-teller as was Col. Lane, but he more of a scholar and poet, full of grand dreams and glittery flashes of original thought. Senator Ben. Harrison comes to the Kankakee too, to rest his big head and avoid interviews at critical junctures. The senator is a patient angler, giving immense thought to the method of hooking live bait. It will be remembered that he was in these northern marshes in pursuit of fin and feather when called to take Mr. Orth’s place at the head of the state ticket, the year when Blue Jeans Williams snowed him under. Gen. Harrison is intellectually a superior man, but more of a closet student than a popular leader.