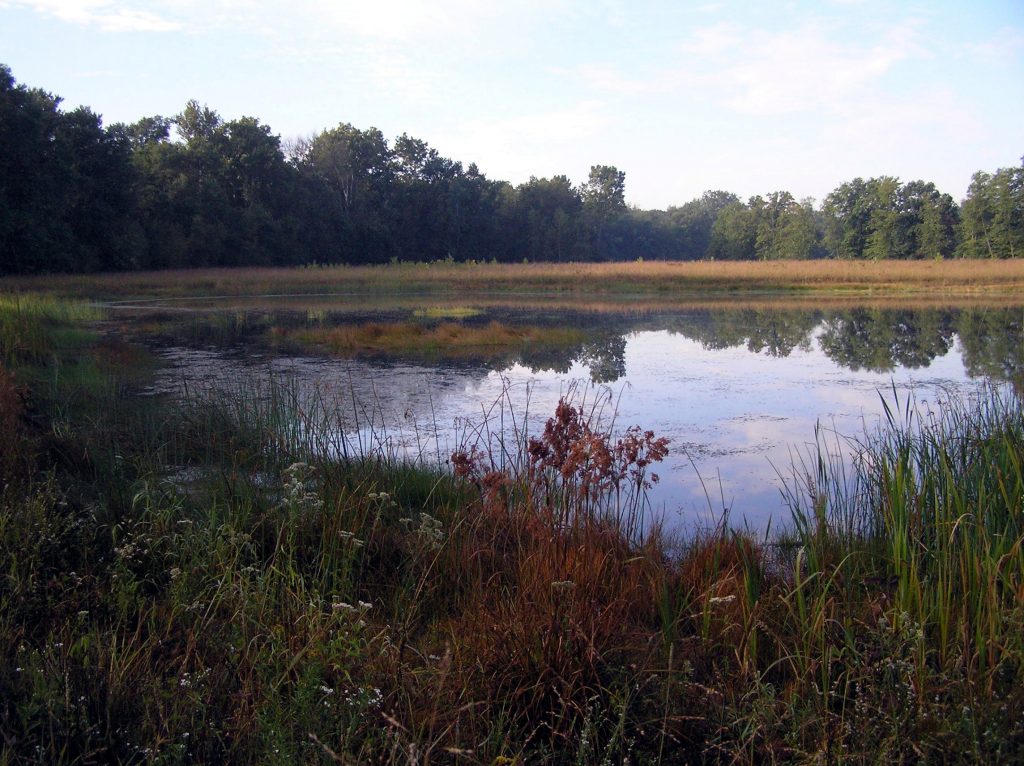 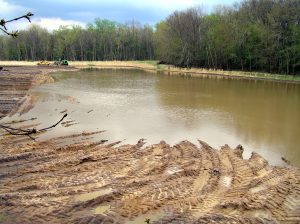 Valparaiso University professor Alfred H. Meyer took a pragmatic approach to the question of Kankakee River restoration options. In his 1935 paper: “The Kankakee Marsh of Northern Indiana and Illinois” he tells of the Kankakee Marsh of the past, and the “reclamationist” views of the region after the draining of the marsh. He also saw the potential for future marsh restoration opportunities. Meyer’s paper is the earliest scholarly approach to restoration alternatives for marginal land after the draining of the marsh that I have discovered. 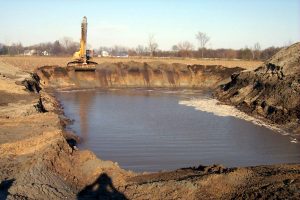 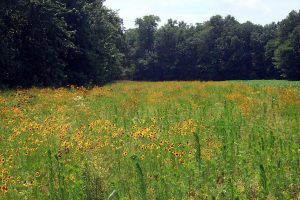 The areas of the recently drained Kankakee Valley presented new challenges for the farmer. While three-quarters of the former marsh produced higher yields, farming the muck and sandier soils was not well suited for general farming. These areas were more favorable for potato and onion production. Also, the lower valley’s growing season was approximately two weeks shorter than the higher moraine areas.

In the 1930s the increased use of tractors did make breaking up the “stubborn stubby sod” easier. Later “the farmer and the implement man responded with a type of tractor drawn binder which could navigate in the tangled “jam” without moving forward and further choking the sickle.” Another challenge farming the former “Kankakee Lake” presented was that the richness of the soil was soon depleted necessitating the increased use of fertilizer to assure yield. This is much like the Amazon Rain Forest that appears to be rich and lush, but its fertility is soon depleted when the forest is burned off. 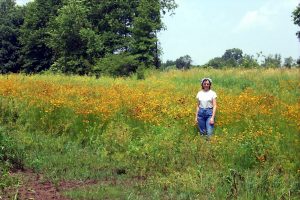 Meyer’s finishes “The Kankakee Marsh of Northern Indiana and Illinois” with some recommendations for restoration of the lesser productive lands of the drained marsh. He identified the area near the intersection of Jasper, Porter and Lake Counties as having the best promise for restoration. While acknowledging that there were good agricultural grounds “recovered” after the draining of the marsh; there were large areas marginal in nature and prime for restoration. Meyer felt that the Kankakee Valley could be a wildlife paradise and also become “The Garden of Chicago.” 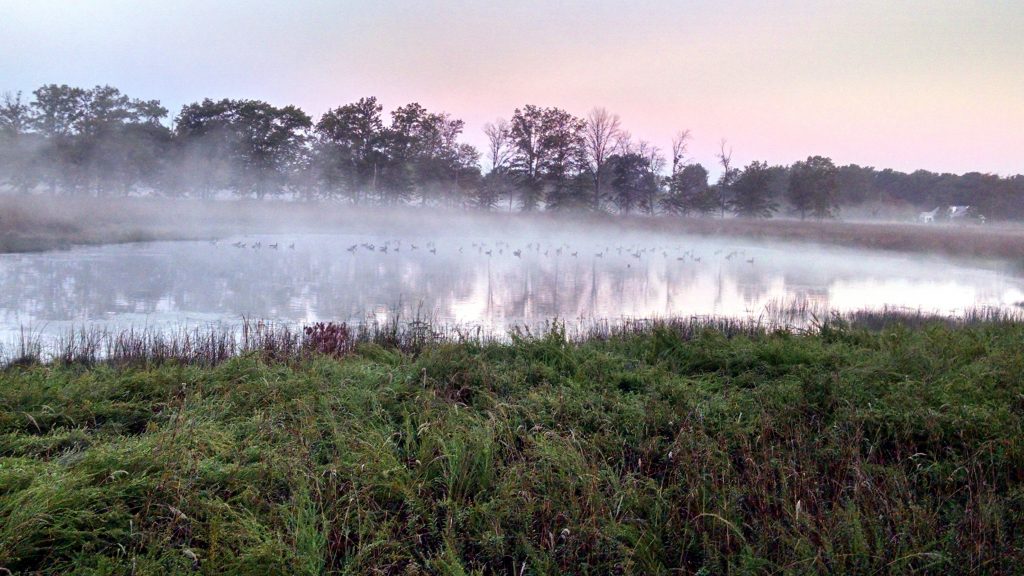 Former agricultural land after restoration. Picture taken on a crisp November day at sunrise of geese in east side pond of Riverwood Farms restoration project. 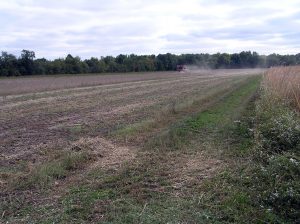 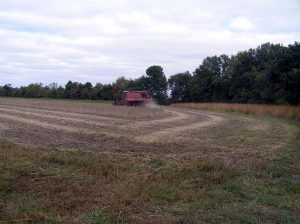 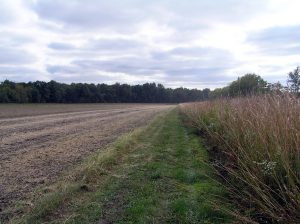