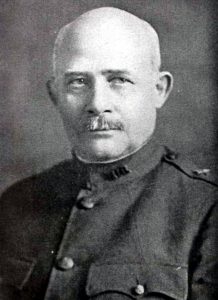 A few years prior to the draining of the Kankakee Marsh in 1918 Secretary of War Major General H L Scott summited a report; examining the effects and impact of draining the marsh. Army Corps of Engineers, Lieut. Col. W V Judson, compiled the information and wrote the report. Ironically, Judson was a born and bred Hoosier.

The report was to examine the proposed plan to drain the Kankakee Marsh; “with a view to devising plans for flood protection and determining the extent to which the United States should cooperate with the States and other communities and interests in carrying out such plans, its share being based upon the value of protection to navigation.”

Soon after Indiana statehood in 1816, Indiana officials looked at the northwest corner of the state to what they perceived as the problem of the Kankakee Marsh. The success of the Erie Canal, built in 1825, initiated discussion to canalize the Kankakee, drain off much of the swamp and sell the newly “reclaimed” land for agricultural purposes. The income would be used for much needed infrastructure. Unfortunately, public and private corruption resulted in no money finding its way back to Indianapolis. Indiana came close to insolvency. This near bankruptcy ended these early thoughts of canalizing the Kankakee. However, the concept of using navigation as the reason for “straightening” the river— with the byproduct of draining much of the marsh— was not lost.

Attempts persisted to build the Kankakee Canal; even after the disaster of Indiana’s first attempt to channelize and drain the Kankakee Marsh. In the report an unnamed navigation and manufacturing company spent $350,000 to build three locks and dams in Indiana and one in Illinois for commercial purposes. There was some early success, but by 1884 commerce had ceased. The limestone ledge at Momence was cited as reason of the failure. Then in 1890 Indiana allocated $65,000 to cut an 8,649 feet long, 300 feet wide and 3 feet deep excavation of the Momence limestone obstruction. The efforts had no appreciable impact. Blame was placed on Illinois for not channelizing their end of the Kankakee. In defense, Illinois saw the work performed in Indiana and concluded there were no positive results. It was projected that another $972,000 was needed for work either under construction or contemplated. The army corps report concluded that a comprehensive plan for channelization of the marsh was necessary for success. By this time it was estimated nearly a third of the 400,000 acres had been “reclaimed.”

The report concluded: “the value of protection to navigation which would be afforded by such flood protection as is desired by the people of the Kankakee Valley is in fact negative; and that as a result of the entire lack of benefit to the Federal interest of navigation which the act indicates to be the measure of proposed Federal contribution, the United States should not cooperate with the States and other communities and interests in carrying out any plans for the improvement of the Kankakee River.”

Brigadier General William Judson passed away in 1923, five years after the Kankakee Marsh was drained resulting in the disaster his report forecasted. 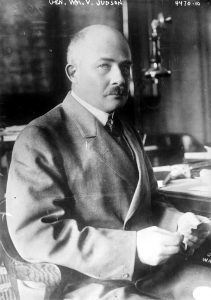